This blog post took much longer than usual to craft and to form hence why there have been no posts last week.  Hopefully after this I can get back on track.

I have never understood the parents that have thrown their children out of their lives for being gay. An Early Frost" had aired the night before, I was not yet out (even to myself), and I sat there listening to two women talk about how they would disown their child if they were gay. They were proud of it.  I sat there unable to speak and yet appalled.  How do you bring a child into this world, love them, comfort them, care for them and then throw them away because they are who they are?
When I was a freshman in college, I remember sitting in the faculty room of a Milwaukee public school where I was observing two classes of a child I was tutoring.  "

So it is with that context in mind that crafts my response to the article "If I Have Gay Children: Four Promises From A Christian Pastor/Parent" in which he vows to love and cherish his children if they are gay and a similar piece from a Rabbi.  It appeared numerous times in my news feed generally with comments about what a great dad he is and how they were moved to tears.  The article actually really bothers me because it assumes that a religious leader or a religious family should be expected to reject their LGBTQ child.  I also know that I am not actually the one being addressed in either article; their audience is their religious colleagues where it might not be so obvious that they should continue to love their LGBTQ children and by extension other LGBTQ people. Regardless of whether some religious leaders from surprising places are beginning to move toward acceptance, it is still true that too many religious families reject and throw out their children when they come out. My own spouse's family rejected her early on and some continue to do so; I have first hand experience of the pain this causes even years after some relationships become better. This article on the prevalence of LGBTQ youth becoming homeless after their families rejected them or required that they undergo reparative therapy points out the danger LGBTQ children face from their families if they come out.

I do however want to thank Rabbi Orlow for pointing out the harm done in religious community when hatred and bigotry are practiced. I appreciate his emphasizing that this bigotry is not just bad for LGBTQ people, but bad for his community and that it violates Jewish teaching.   In the end it is not good faith or good religion to practice hatred and discrimination against anyone no matter how "sinful" we may think them to be.

Yet to assume that a religious parent would reject their child flies in the face of everything I know as a person of faith and a religious person.  It shows that we still let the religious right hold the moral high ground in LGBTQ matters.

So that led me to thinking about Kahil Gibran's piece On Children: 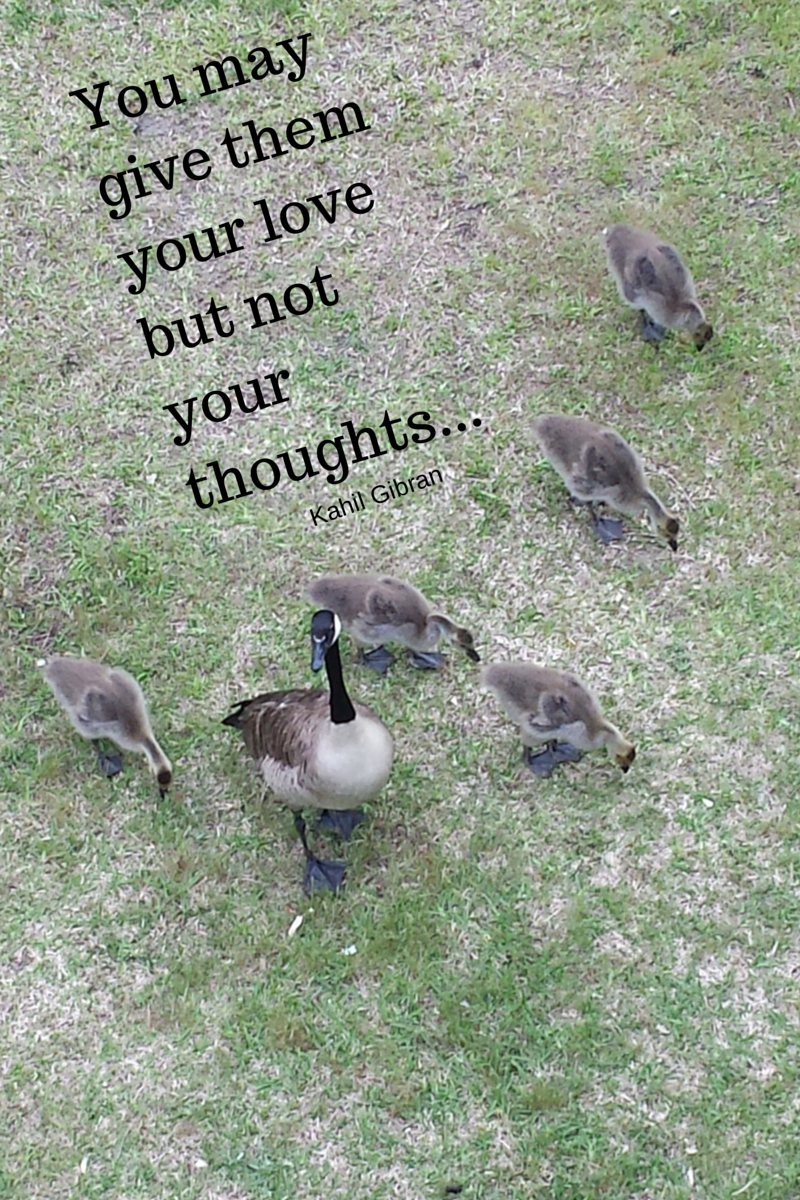 They are the sons and daughters of Life's longing for itself.
They come through you but not from you,
And though they are with you yet they belong not to you.

You may give them your love but not your thoughts,
For they have their own thoughts.
You may house their bodies but not their souls,
For their souls dwell in the house of tomorrow,
which you cannot visit, not even in your dreams.
You may strive to be like them,
but seek not to make them like you.
For life goes not backward nor tarries with yesterday.

You are the bows from which your children
as living arrows are sent forth.
The archer sees the mark upon the path of the infinite,
and He bends you with His might
that His arrows may go swift and far.
Let your bending in the archer's hand be for gladness;
For even as He loves the arrow that flies,
so He loves also the bow that is stable.

As a parent, I think the most important advice any of us can follow about our children is that they are not our possession, they are not ours to shape into particular forms or careers. Our job as parents is to love, nurture and support them into becoming the best people they can be in the best ways we know how and then letting go.  It is not to turn them into "successful" people although we certainly hope our children will be successful in ways that they define.  It is not to shape them into fulfilling our lost dreams, they have their own dreams.  It is not to make them fulfill our expectations of them, and in fact the hardest thing we will do is to lay our expectations aside for who they are and what they will become so they can become the people they are and who they are meant to be.  This is hard work because it means we as parents need to get our ego and our issues out of the way.

Our job as parents is to love our children as they are and not how we expect them to be.  To all of us in the LGBTQ community, we need to stop telling young people that it will get better and start making it better.  We need to be there as a community with shelter, food, housing, education for all those families who will stop loving their children and throw them out onto the street.  We need to fight for safe schools, non-discrimination in employment.  We need to realize that marriage equality is not the be all and end all.  We need to make sure that these children have a safe place to go and a community that means it when we say "it gets better" because we are in fact making it better for ourselves and for all of us!

Religious leaders we need to speak up for religious pluralism and not allow the guise of deeply held religious belief to justify discrimination in the public square.  This means that businesses, small, large, privately held or publicly owned have no right to discriminate or refuse to serve LGBTQ people.  If religious people want to discriminate within the walls of their community then by all means, please do so. We will never insist that you welcome, marry or otherwise give service to those you don't want whether on the basis or race, gender, sexual orientation, marital status etc. Feel free to be as bigoted as you please and then please realize that your bigotry stops at the moment you accept federal funds for a program or run a business in the public square.  That is what it means to live in a pluralistic, religiously diverse society. And, please know that the rest of us will call you out on your bigotry, hold you accountable for the harm you do in the name of religion and offer a more nurturing theology to those who you turn away.

So let's love our children and let them go. Let's help them to become who they were meant to be, who they were born to be and let us be proud that we were allowed to journey with them!