I preached this sermon on Sunday March 8, 2015 at the Unitarian Universalist Congregation of the
Outer Banks. 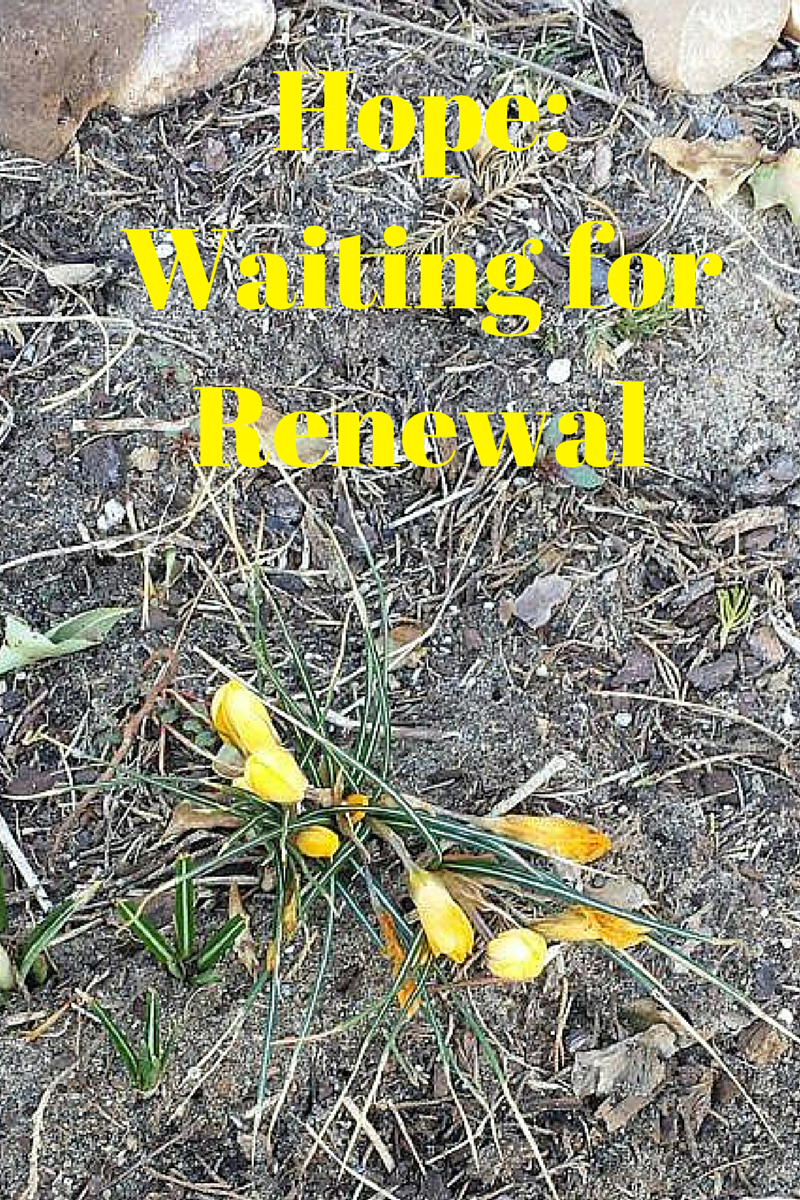 This has been a long, very cold winter here and up and down the East Coast.  I know for myself I have been counting down the days to spring.  It has been dark and bitterly cold.

This weekend also commemorates the Marches in Selma in which people were beaten and killed as they demanded full voting rights for African Americans.  In the midst of dark days, with fire hoses, police brutality and the killing of Jimmie Lee Jackson just days before not to mention many other martyrs prior to that, victory and hope must have seemed very bleak on that Bloody Sunday. How is it that we hold onto hope in the midst of a long dark winter, in the midst of trial and tribulation?

In our story it was through remembering of spring, the remembering of their humanity, being reminded of their humanity that those who had journeyed from many villages to rescue spring.  It was through working together, that the animals were able to reach spring and free her.  Greta figures out that by showing the transformed humans their names, they remembered who they were. They needed someone outside themselves to remind them.  The Civil Rights movement was a movement  – one person did not own the movement, there was not just one leader but many leaders.   Those leaders kept reaching out, calling out to others to join them.  Others answered that call from all over the country – young and old, black and white.

In the civil rights movement it was only through a commitment to non-violence, to holding onto their own humanity in the midst of those who would take it away that they could undertake the hard work of change. Nelson Mandela chose to hold onto hope, let go of bitterness during his long imprisonment.  Yet he could not have done that alone.  His connections to families and community on the outside, a vision of a transformed South Africa kept him grounded, kept his hope alive. He did not hold that vision alone, he did not do that alone.

It is not through words alone that hope is sustained.  Music has been and is a powerful source of hope.  The songs of the civil rights movement kept spirits and hope alive.  Those who sang as they sat in prison cells, in marches, on the street kept fear at bay and hope alive.  Songs of hope, songs of justice – the simple words like "We Shall Overcome Someday" or "Ain't Gonna Let Nobody Turn Me Round".

The seasons remind us that life is about change and transformation. The seasons are constantly in flux; no two springs are alike or winters.  Nature shows us that diversity, change, adaptation are essential to life.  Nature shows us that darkness, the harsh, hard seasons are essential to the re-birth of spring.  We need times of action, of birth and rebirth, we also need times of rest, to let things lie fallow.

We often resist change, we fight it. When things are going well we want them to stay that way forever.  Even in the midst of hard times sometimes people would rather stay where they are than change.  In Parker Palmer’s story of depression, he admits that to stay in the grey of depression had a certain appeal, to simply stay where he was and not do the work necessary to choose life. Throughout history including the civil rights movement, there have been those who have not joined the fight for change, who choose not to rock the boat, to play it safe – to keep their heads down and just keep going.  It is important to recognize that too is a choice.  Not everyone in the villages volunteered to go rescue spring and in fact in our story only Oscar  answered the call in his village. Even as the villagers sent him off, there was a great deal of doubt if they would ever see him again. Hope is about taking that step, seeing the light in the darkness even when there is no evidence, no assurance of a positive outcome. There was not just one attempt at marching from Selma to Montgomery, there were many, determined and filled with hope, the people kept coming and kept marching even when it seemed that all the odds were against them.

Now all around us the signs of spring are coming.  Our one really warm day this past week, renewed hope in me at least, that yes winter is ending and spring is on her way even though we plunged back into below freezing temperatures the next day.  Today as the sun rises and we change our clocks, we will  see more clearly the lengthening of days. As mild temperatures – particularly compared to those earlier this year abound – give us concrete signs that spring is on its way.  In my yard, the tips of bulbs have broken through showing that flowers and greenery are on their way.

It was fascinating as I was working at Food Lion yesterday the different reactions to the weather. Some embraced the warmer weather, the sun even though it may not be as warm as they would like were excited and getting outside. For others they looked ahead and saw rain in the forecast and focused on the idea that the beauty of yesterday and today may not stick around.  Even with signs of spring all around, people were cautious and reserved about counting on it too much.

Some voices might say that it is no surprise that once again voting rights and full civil rights are still in question, still in doubt. That the system of racism still has hold and is still determined to remain in place.  Yes in many ways that is true – the march continues, as President Obama says, and yet we are not where we started.

Hope requires imagination and seeing with new eyes. As Desmond Tutu tells us in our quote it is about finding the light even in the darkness. It is remembering and imaging spring in the midst of winter.  It is John Lewis holding onto and continuing to hold onto a vision of what could be. Lewis said yesterday at the commemoration that if you had told him 50 years ago that he would be in Selma introducing the first African American president he would have said they were crazy.  Hope does not demand that we see the future – it simply means we consider other possibilities than what is now.

Posted by Margaret Sequeira at 4:50 PM