So What Comes Next 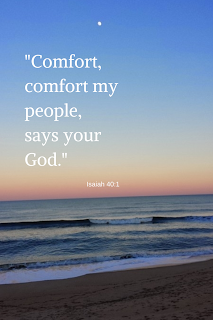 It has been a long, sad night and morning here in my household. We proudly voted yesterday to elect the first woman President and that didn't happen.  While Virginia went blue (maybe those phone calls paid off) and she won the popular vote, she will not be our President. My Facebook newsfeed is filled with grief. There are many of us who are afraid of what this means for ourselves, our families and for so many others who have been mocked, scapegoated and vilified throughout this election by the man who will be our President.

I was not an immediate Hillary supporter.  I supported Obama in 2008, Bernie in the primary and I was disappointed with the primary results.  Yet then I started reading and listening, I watched all the debates, I heard her story, and then I got excited.  I was not just voting for the lesser of two evils, I was voting for an intelligent, prepared, and qualified person, who would also be our first woman President.  I made phone calls to get out the vote (I had never done that before), and we gave a tiny bit of money.  I read articles, shared them, argued with people on the internet (ok that may have been less than productive), I voted and I prayed.

I have been grieving and crying. I am so impressed again with Kaine, Clinton and Obama and the way they are graciously stepping up and working for a smooth and peaceful transfer of power.  I can't even imagine what they are feeling.  If I am this sad what is it like for all of them and their families? I have never grieved like this over an election. I have been disappointed, I have been angry but never have I feared so much for myself and for so many others.

In terms of the most outrageous of Trump's policies, I do trust that our system of checks and balances will prevail.  I know that this is the time, to organize and work together for the country that we do want - one of inclusion, diversity, and prosperity for all.  It is going to be a challenging and difficult time. We will need to organize and those of us who have been a little more on the sidelines, will need to step up and out of our comfort zones.  I had never made phone calls before, and from this first experience I know that I will do it again. Today I am figuring out what I can start doing right now to work for a more inclusive, diverse community.

Even more so than Trump, I fear those who attend his rallies, who believe his message, who are looking to "get their America back."  I think they too are in for profound disappointment as walls are not built, Muslims are not barred from entry and deportation forces do not remove millions of people and then in other moments, I fear that the deportations could happen. I fear their anger and their fear that somehow while women, people of color, LGBT people have pushed their way to the table they have somehow lost something.  I fear the violence they have threatened.  I fear for the example Trump has set for our children, making bullying acceptable since our President has engaged in it.  I fear a rise in sexual harassment and assault and women feeling even less safe. I fear what happens when there are no jobs coming back or trickling down and those who supported him finding themselves paying more taxes. I fear what happens when his supporters start realizing they are losing insurance with employers less likely to pick it up again or they find that 'private' insurance does not cover existing conditions. And most importantly I fear the creation of a more entrenched us vs them.

See this election was not just about Trump or even Clinton - as Hillary said it was about the kind of country we want to be.  And the pain from many of us comes from knowing now that our beloved country harbors such deep seated racism, sexism, xenophobia, anti-semitism, heterosexism, transphobia, etc. because given his rhetoric how can we not feel that those who voted for him believe these things. I do find comfort in the fact that he did not win the popular vote - most of us who voted did not want him.  I have hope that we still really want a diverse, inclusive and just country.

So today there are tears and some anger and yes there is some hopelessness.  Yet I take strength and comfort from the overwhelming number of people including the amazing Pantsuit Nation, that we will in fact stand up and work with everything we have to stop Trump and the the agenda he has for this country.  It is not just Trump, it is every lawmaker who actively works against women, people of color, immigrants, the working class, the poor, the LGBTQ community.  The work for justice, inclusion, a prosperous and just place for ALL will continue and new people, groups and organizations will arise to push it forward.

So today I will not let grief stop me from doing my work as a teacher, preparing for class, grading papers.  I will reach out to get involved with an organization to further diversity and inclusion.  The full time job search will continue.  Education may be even more important now than ever.

So if you are grieving today, know you are not alone. If you are angry, you are not alone.  If you are scared, you are not alone.  To the people outside the United States who read my blog - first thank you and I am sorry you are seeing such a dark side of our country.  It seems that just like we are seeing in many places around the globe the fear of the other, the fear of difference, it has taken power here too. It is not new, just like it is not new around the globe.  I don't know what will happen over the next four years. Just know that he does not represent or speak for the majority of us, who value our global connections and allies.

So today we grieve, then we will pick each other up - because we cannot do this alone.  We join together and we get to work.


Posted by Margaret Sequeira at 7:00 AM