Learning to Lead with Yes 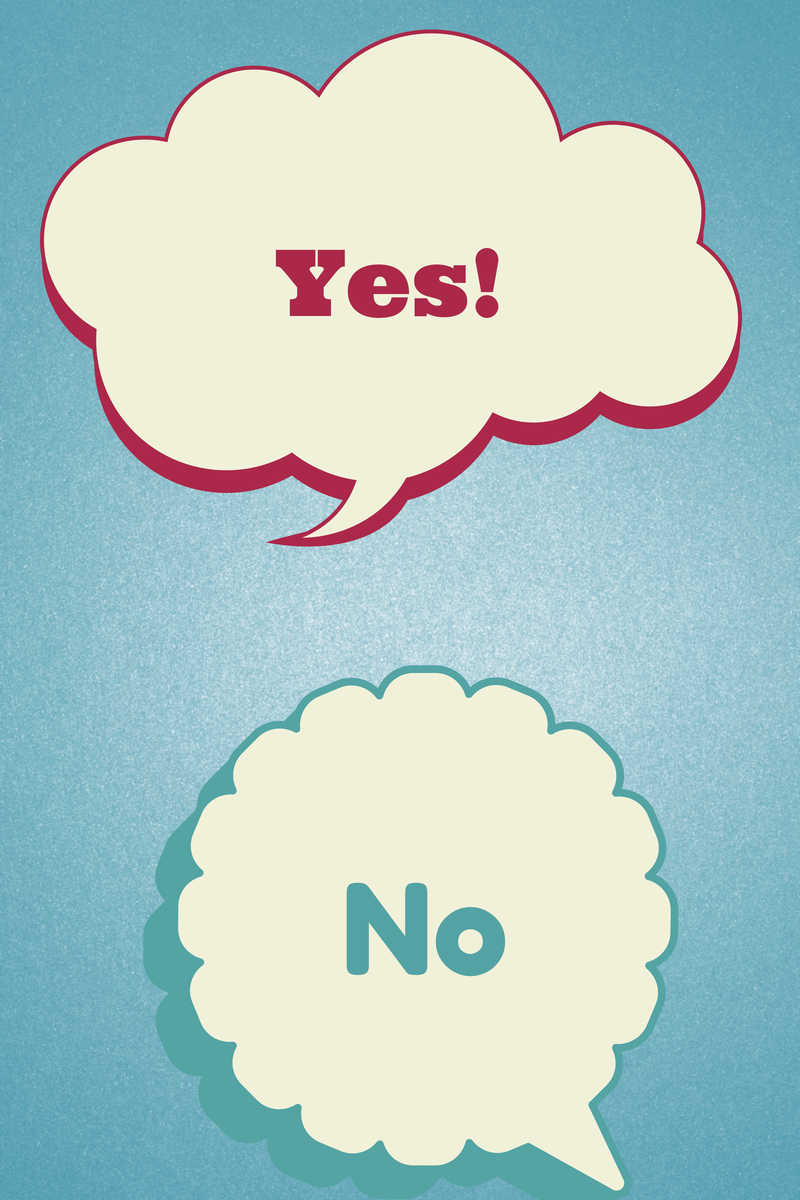 So for most of my life I have led with no, no I won't do that, no I don't believe that, no you can't tell me I can't do that.  Now to some degree there has been success in that I have followed my call and my dream despite being told that it was not financially viable; that it could be my advocation but not my vocation. Now at times I did try not working in the world of faith and religion and I do enjoy higher education, yet time and again, like the irresistible call of the Sirens, I come back to my first loves of spirituality and faith. Yet despite that irresistible yearning and call, I have never full let myself believe that I could genuinely succeed at it. It was like unconsciously I had to prove those right who said this was not a viable way to make a living.  So sometimes I made myself small, sometimes I let fear and anxiety get the better of me, sometimes I kept waiting for permission, and always having a certain degree of success but not quite enough.

This week I had an encounter with a group in which I once again led with my no.  I didn't quite realize how much my "NO" came through. I thought I was really trying to be curious about a push the group was making toward certain options for earning money and yet what came through was very much my "No I won't do that!".  Needless to say the group came back at me hard and then I only felt more cornered, more trapped, like a small child being ordered to do something she did not want to do.  It was my partner who pointed out that all they heard was my NO and that was it.

I took the weekend off from the group and stepped back. What did it mean that I led with No and how might that be true in other areas?  I realize first that we live in a culture of No.  We always begin with why something won't work.  We mock ideas like world peace - we all say we want it but don't really believe it is possible.  We have an entire government right now predicated on no.  No we won't vote, no we won't even bring it up for a vote, we will stand here and refuse to even let the matter come to the floor for consideration no matter how much when Americans are polled they want our politicians to find solutions to our common problems.  Almost any time something is proposed it almost always begins with why it won't work.  So it is not surprising that I too have learned to lead with no.  Yet what if I stopped, stepped back and asked what if I could, what if I said yes to myself, yes to my dreams, yes to what I already know instead of going around asking for permission to even get started.  What difference would it make to lead with yes?

Brian Johnson from en*theos recently posted about the Angel Advocate. The Angel Advocate is the opposite of the Devil's Advocate. The Devil's Advocate is the voice that seeks to challenge and disrupt - it is the original Hebrew meaning of "satan" which is to obstruct or oppose.  The voice of satan is the one to offer challenge, to disrupt established patterns of thought. In our culture we love the Devil's Advocate - we love to obstruct and oppose before something even gets off the ground. It can take different guises but some of the more common ones are "it will never work" "there is not enough money" "we tried something like that before it didn't work" "we have always done it this way" and I am sure you can add to the list. What are your favorites?

So anytime a new idea comes along or a thought about something different immediately there are a hundred objections - for me anyway - before I have even opened my mouth to say anything to anyone else.  Johnson talks about the Angel Advocate as the voice that explores what is possible if it went right, to see all the possibilities if we lived fully into this idea or dream.  Johnson argues that maybe before we let the devil come in with all the reasons why it won't work, let the angel do the work of exploring what might be possible and how it could work.  What if we led with the yes first?

If I led with yes first and what might that look like? Maybe instead of just talking about turning Scattered Revelations into my personal brand and consulting business, I would actually do it. I would actually figure out how to market my blog, to increase readership. If I led with yes I would stop talking about creating a website to officiate at weddings here on the Outer Banks, I would actually do it. Instead of talking about offering classes, I would get started designing one and figuring out where to hold it, how much to charge etc. Instead of just saying I wanted to do x y z, I would actually start doing it and when I didn't know how to do it, I would figure out who does know.  Sure it may not work, maybe it won't give me enough income and I will still need some other ways to earn money but stopping myself and letting others stop me before I even start guarantees that it won't work.  I have spent a lifetime leading with no and I don't expect that overnight I will suddenly be an expert at yes, but it is time to start leading with yes. It is time to listen to that angel and a lot less to the devil.  It is time to learn a new way!


Are you leading with yes or with no?  What is the role of the Devil's Advocate in your life?
What do you think of this idea of an Angel's Advocate?
What might be possible in your life if you led with yes instead of no?