How Do We Respond?

I preached this sermon on Sunday, September 28, 2014 at the Unitarian Universalist Congregation of the Outer Banks.

Story:  The Wind and the Flag, a Zen story
Readings: Selection of Readings

“…And so I say to you today that I still stand for nonviolence. And I am still convinced that it is the most potent weapon available to the Negro in his struggle for justice in this country. 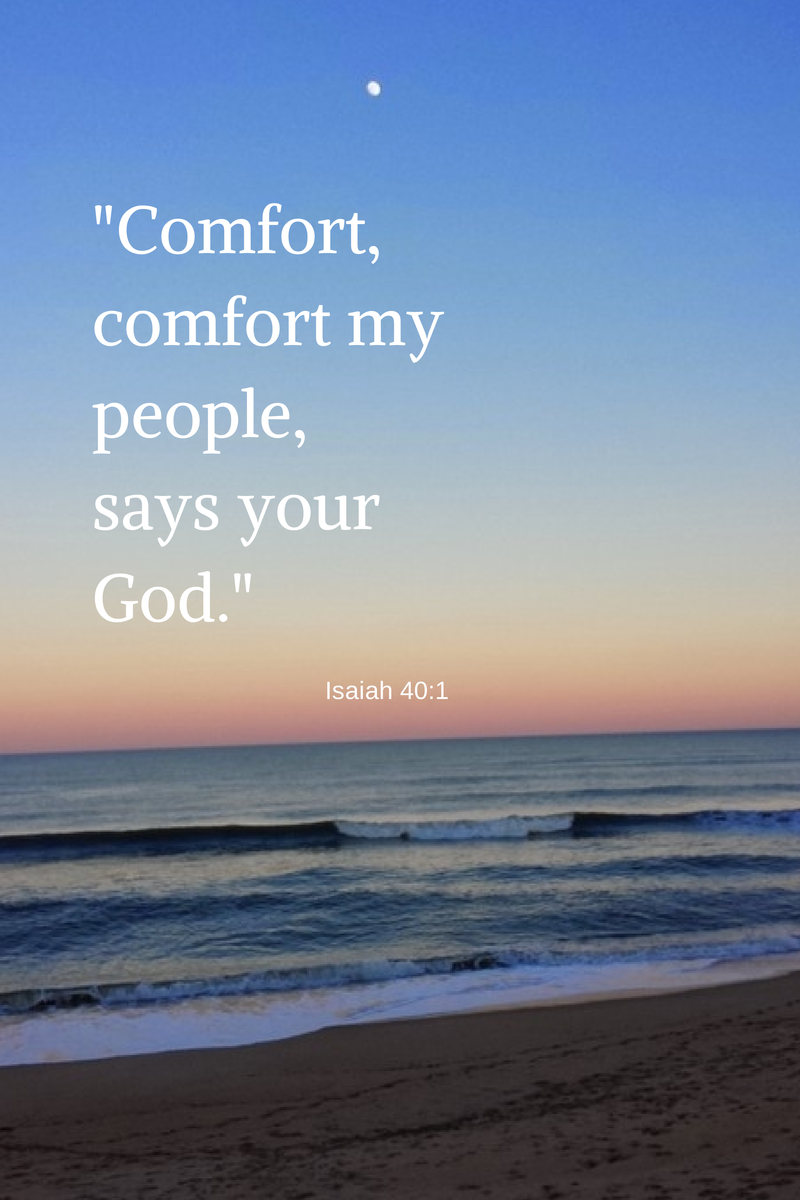 And when one is concerned about these, he can never advocate violence. For through violence you may murder a murderer, but you can’t murder murder.

And so I say to you, I have also decided to stick to love. For I know that love is ultimately the only answer to mankind’s problems. And I am going to talk about it everywhere I go. I know it isn’t popular to talk about it in some circles today.

I’m not talking about emotional bosh when I talk about love. I’m talking  about a strong, demanding love.

And I have seen too much hate. I’ve seen too much hate on the faces of sheriffs in the South. I’ve seen hate on the faces of too many Klansmen and too many White Citizens Councilors in the South to want hate myself, because every time I see it, I know that it does something to their faces and their personalities and I say to myself that hate is too great a burden to bear. I have decided to love.

If you are seeking the highest good, I think you can find it through love. And the beautiful thing is that we are moving against wrong when we do it, because John was right, God is love. He who hates does not know God, but he who has love has the key that unlocks the door to the meaning of ultimate reality.”
Martin Luther King, Jr.

Responding to violence with violence resolves nothing; it only escalates violence, anger and hatred.

“Each time a man or woman stands up for an ideal, or acts to improve the lot of others, they send forth a tiny ripple of hope, and crossing each other from a million different centers of energy and daring, those tine ripples can build a current that can sweep down the mightiest walls of oppression and resistance.”
Robert Kennedy

“We must rededicate ourselves to creating a society where differences are resolved without violence, where the mentally unstable do not have ready access to lethal force, where violence is not glorified, and where we can live, love, and work in safe places. Our task as a religious people committed to compassion and to peace is to show a better way.”
Peter Morales

“Love is the active, creative force that repairs life's injuries and brings new possibilities into being.

Love speaks out in the face of injustice and oppression, calling leaders to account when policies and practices are injuring people.

Love tends the wounds created by injustice and evil and offers compassion in the presence of life's suffering.

Love builds communities of inclusion and friendship that break through the boundaries of prejudice and enmity.
Love embraces the goodness of this world and seeks paradise on earth, a heaven of mutual respect.

Love generates life — from the first moment of conception of a child, to the last moment when love creates a way for those who have died to be remembered with gratitude and tenderness.

And in the deepest night, when our hearts are breaking, it is the discovery of a love that chooses unshakeable fidelity to our common humanity that renews us and redirects us to a life of generosity.”
Rebecca Parker


How Do We Respond?

So let us begin today with some statistics and facts:

The statistics are overwhelming and staggering.  Where do we find hope in this?  How are we to respond?

As I stated in my description of today’s service, I am not here to propose legislation or to advocate for a particular bill or that I even have many answers.  In the interest of being completely transparent in where I come from, I do not own a gun, I have never handled or fired a gun.  However, my wife was in the military and grew up hunting with multiple guns in her home on a farm in rural Virginia. I have my own deeply held opinions about gun regulation particularly for assault weapons, but today is not the day for that, today is a day to talk about how do we as a people of faith, as a religious community respond to the almost daily reports of gun violence in our society? Just this week we heard about three killed in Alabama, another person killed by a gun who was killing former co-workers in Oklahoma.  Those are just two the hit the news, how many others have been killed or injured this week due to guns?

In our story today the itinerant monk states that it is the mind that moves.  We need a collective moving of the minds.  We need to move beyond simple either/or solutions. Right now the debate comes down to that if one supports gun regulation then one is seeking to take guns away from lawful citizens and violating their constitutional rights and if one supports little or no regulation of guns than one is in line with early patriots in America and believes that mental health care and police enforcement should stop the unlawful use of guns. It seems the debate is all or nothing – either total non-regulation of guns or the taking away of all guns.  It is a false dichotomy.

Yet like so many other debates right now we seem to only see two extreme views.  Like the monks we are arguing if it is the wind or the flag.  We need a new way.

What do we as people of faith have to say about gun violence?  In our readings today, all call upon us to find another way, to meet violence not with more violence but with love, with compassion.  While we argue with words, people are dying and being irreparably harmed by violence.  We also have to acknowledge that all too often those most affected by gun violence are people of color and those who are poor or working class.  In response to the Sandy Hook shootings, over and over we heard “this doesn't happen here” which is really code for it doesn't happen in our white, middle class communities.  Somehow it makes it ok for it to happen in the cities of Chicago, Washington, DC, San Francisco, Oakland, Detroit.

I am sure it was also said at Virginia Tech, at UC Santa Barbara, at the movie theatre in Aurora, Colorado.  Somehow if gun violence takes place in areas that are considered urban ghettos than somehow it is normal, expected and maybe on some level acceptable.  As people of faith who affirm the worth and dignity of every person, we must condemn violence wherever it occurs, whatever the color, gender, sexual orientation, class status and even the criminal history of who is the victim.  Meaning while we are glad that not more people were killed or injured in Oklahoma, we must mourn the loss of the person who was shot. He too was a person, he too has inherent worth and dignity. It does not mean that we condone his actions, it means we acknowledge his humanity. He too was someone’s son, maybe someone’s parent, friend, nephew, spouse.  He too mattered.

Our faith tradition first affirms the sacred worth and dignity of every person. In fact, in this country Unitarians rejected the inherent depravity of humanity held by the Puritans; they affirmed that human beings were all made in the image and likeness of the Divine.  Any response to gun violence must begin there – it must begin with the affirmation that every human life is sacred – all lives matter. Peter Morales, the current President of the Unitarian Universalist Association tells us in today’s reading “We must rededicate ourselves to creating a society where differences are resolved without violence, where the mentally unstable do not have ready access to lethal force, where violence is not glorified, and where we can live, love, and work in safe places. Our task as a religious people committed to compassion and to peace is to show a better way.”

This then is not just about whether and how guns should be regulated but a deeper conversation about addressing the overwhelming violence that is prevalent throughout our society, not to mention the world.

What light are we going to bring?  What can we here on the Outer Banks do about gun violence?  We can begin where we are with what we have.  We can bring an open mind and open heart.  We can listen not just with our ears but with our hearts.  We can put faces to those names, we can put the faces of people to those overwhelming statistics.

We can be a place of healing, where those who have been affected by gun violence can have a space for all they are feeling – anger, sadness, grief, fear. We can be a place where they can share their story and the stories of their loved ones.

We can also be a community that values discourse and diversity of opinion.  We can discuss gun regulation with an understanding that we will not all agree and that feelings may run deep and strong. We can agree that the enormous loss of life must end while holding a diversity of opinions about how best to do that.

As it is I view these issues through the eyes of a person of faith, who wants a world of justice and free from violence for all people.  I want a world free not just of gun violence, but all violence.  As John Lennon says I may be a dreamer but I am not the only one. If we give up and say it will never happen, then we cannot move forward. If before we begin, we give up and say “it is impossible, such a world could never be” then we close ourselves to our possibility.  As people of faith, standing on the tradition of affirming the worth and dignity of every human being, let us imagine, let us dream big. Let us imagine a world where these statistics I started with are a relic of the past.  Let us move our minds as the itinerant monk tells us to new possibilities including the possibility of justice, peace and love.

I close with a reminder of the words of Robert Kennedy “Each time a man or woman stands up for an ideal, or acts to improve the lot of others, they send forth a tiny ripple of hope, and crossing each other from a million different centers of energy and daring, those tiny ripples can build a current that can sweep down the mightiest walls of oppression and resistance.”

May we send forth those ripples of hope!