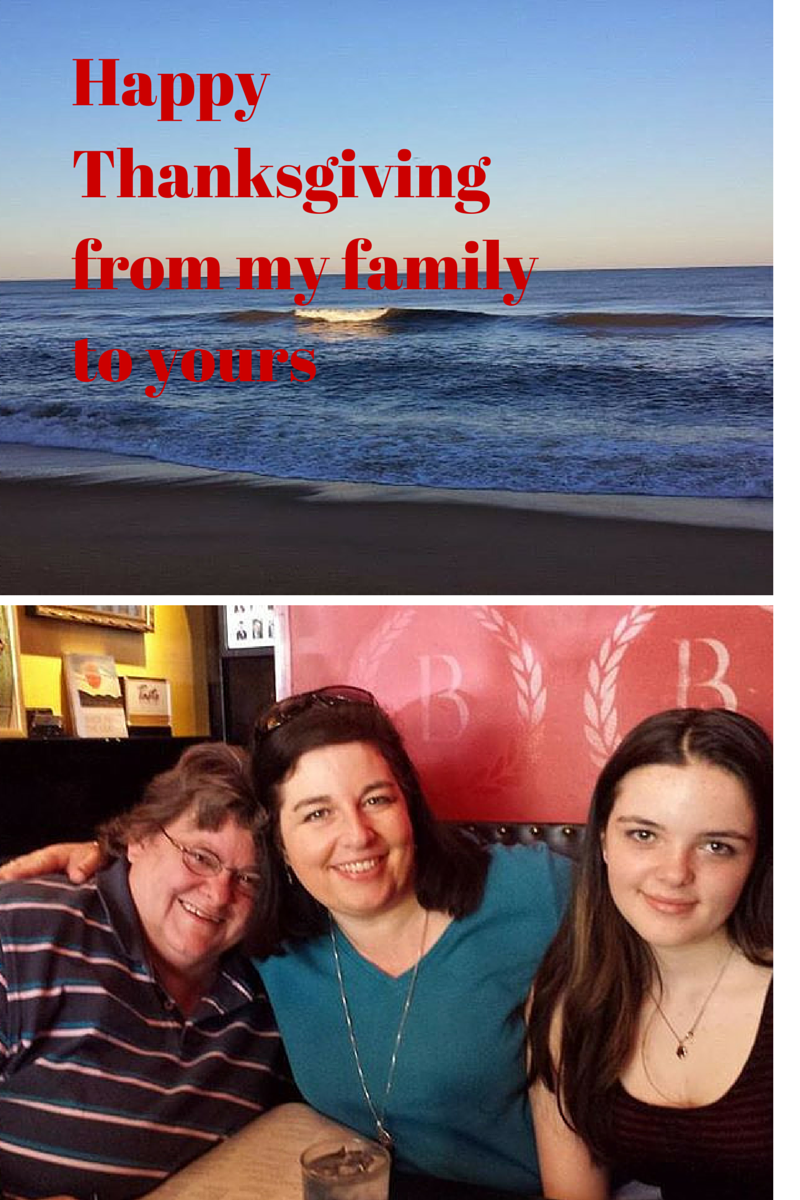 Happy Thanksgiving!  It seemed appropriate to post my sermon from this past Sunday, November 23, 2014 at the Unitarian Universalist Congregation of the Outer Banks.  May you all have a wonderful Thanksgiving!

Thanksgiving is a complicated holiday.  As a child I believed with my whole heart the image of Native Americans and Pilgrims sitting down to a wonderful feast, celebrating cooperation and friendship.  I was taught little about the settlements at Roanoke and Jamestown.  It seemed to me that American history began with the Plymouth Rock and the Pilgrims.  My understanding of the relationship between the colonists and Native Americans was also rather simplistic that did not encompass the genocide inflicted on the Native people of this land by the Colonists.

Now my understanding is much more complex. Yes there was a Fall Feast with Pilgrims and Native Americans. There was cooperation for many years until the Colonists decided they did not want to cooperate any longer and wanted full scale control of the land.  In our reading for today we learn that the agreement between Wampanoag  and the English settlers for mutual support and defense, lasted only for one generation.  Many Native Americans in New England and other places refuse to celebrate Thanksgiving and instead gather together to remember and grieve the broken promises and those who lives were lost.  A powerful reminder that Thanksgiving is complicated filled with both celebration and grieving.

It was for this sermon that I first read Abraham’s Lincoln Thanksgiving Day Proclamation. Funny how that while I knew well the story of Pilgrims and Native Americans, I knew little or nothing about Lincoln and Thanksgiving.  So Lincoln offers this Thanksgiving Proclamation in the midst of the Civil War which will not end for another two years.  It was a woman, Sarah Joespha Hale, who began advocating for a national day of Thanksgiving after discovering the 1621 fall festival labeled as the first Thanksgiving back in 1846.  Lincoln actually declared two Thanksgivings, one in August of 1863 following the battle Gettysburg and the second for General Blessings in November of 1863.

Here in the midst of much suffering on both sides of the Civil War – with young people dying, with families pitted against each other and the unity of the country at stake, Lincoln calls us on to stop and give thanks.  He acknowledges all that there is to be grateful for – bountiful fields, riches from the land such as coal and precious gems and a growing population despite the loss of life on the battlefield. He makes clear that resources that could be used to further peaceful industry are going to war.  He calls upon people not just to remember that is not ultimately themselves that created this bounty but rather to remember that these gifts come from God.  He called for Americans to be humble and thankful.  Secondly he called for people to remember those suffering the most during the war – widows, orphans, mourners and suffers due to the war.  It was not just to be a day of thanks but also a day of penitence, a day to remember what injury we had inflicted on others.  He wrote “And I recommend to them that, while offering up the ascriptions justly due to Him for such singular deliverances and blessings, they do also, with humble penitence for our national perverseness and disobedience, commend to His tender care all those who have become widows, orphans, mourners, or sufferers in the lamentable civil strife in which we are unavoidably engaged, and fervently implore the interposition of the Almighty hand to heal the wounds of the nation, and to restore it, as soon as may be consistent with the Divine purposes, to the full enjoyment of peace, harmony, tranquility, and union.”

This afternoon I will be preaching at the Ecumenical Thanksgiving service and the Hebrew Scripture reading is from Deuteronomy. The Book of Deuteronomy is the fifth and final book of the Jewish Torah.  It is a record Moses’ final instructions to the people of Israel as he won’t be leading the people into their entry into the Promised Land.  In this particular reading from Chapter 8, Moses instructs the people that the purpose of their wandering in the desert for forty years was a test of their faith and faithfulness. It was to humble them and prepare them for the abundance that awaited them in this new land.  They had known hunger and eaten Manna – a new food to them.  Moses tells us that their clothes did not wear out and their feet did not swell. In short God had provided for them during the wilderness and now finally long promised and long awaited here was the Promised Land.

One cannot help but draw parallels between the Israelites and all the various peoples who ventured forth to find a “new to them” land.  The English, French, Dutch and Spanish all found their way to this North American continent.  They wrote letters home describing the riches.  See if any of these descriptions sound familiar as I read the description from Deuteronomy of the land the Israelites are about to enter “For the LORD your God is bringing you into a good land, a land with flowing streams, with springs and underground waters welling up in valleys and hills, a land of wheat and barley, of vines and fig trees and pomegranates, a land of olive trees and honey, a land where you may eat bread without scarcity, where you will lack nothing, a land whose stones are iron and from whose hills you may mine copper.”  Who would not want to enter such a land?  Who after a long journey of searching would not want all of this?  Does this not resonate with the letters the colonists wrote back to England, France and Spain about the abundance of the land on this new to them continent?

Lincoln, like Moses, warns the people to not become arrogant, to not forget that they are not self-forming and self-creating, to remain humble, to remember that all of this bounty is a gift.  Moses reminds the Israelites to remember where they came from – for the Israelites, they had been freed from slavery in Egypt. Lincoln reminds the people to give thanks to God for all their blessings.

Like the story of Pilgrims and Native Americans, the story of the Israelites and the Promised Land is a complicated one. A story that continues today in both lands as Native Americans continue to suffer in this land of plenty and war continues in Israel as well.  All of us would do well to be humble and penitent as well as grateful.

So as we go into this week let us give thanks for the many blessings in our lives, in our families and in our community. May we enjoy time with friends and family.  May the food, storytelling and laughter be abundant.  May we stop and take a moment to give thanks.

Posted by Margaret Sequeira at 11:15 AM