I preached this sermon on Sunday, April 26, 2015 at the Unitarian Universalist Congregation of the Outer Banks.

Story:  Prelude: Partners from Does God Have a Big Toe?: Stories about Stories in the Bible
Reading:  The Earth by Jane Yolen 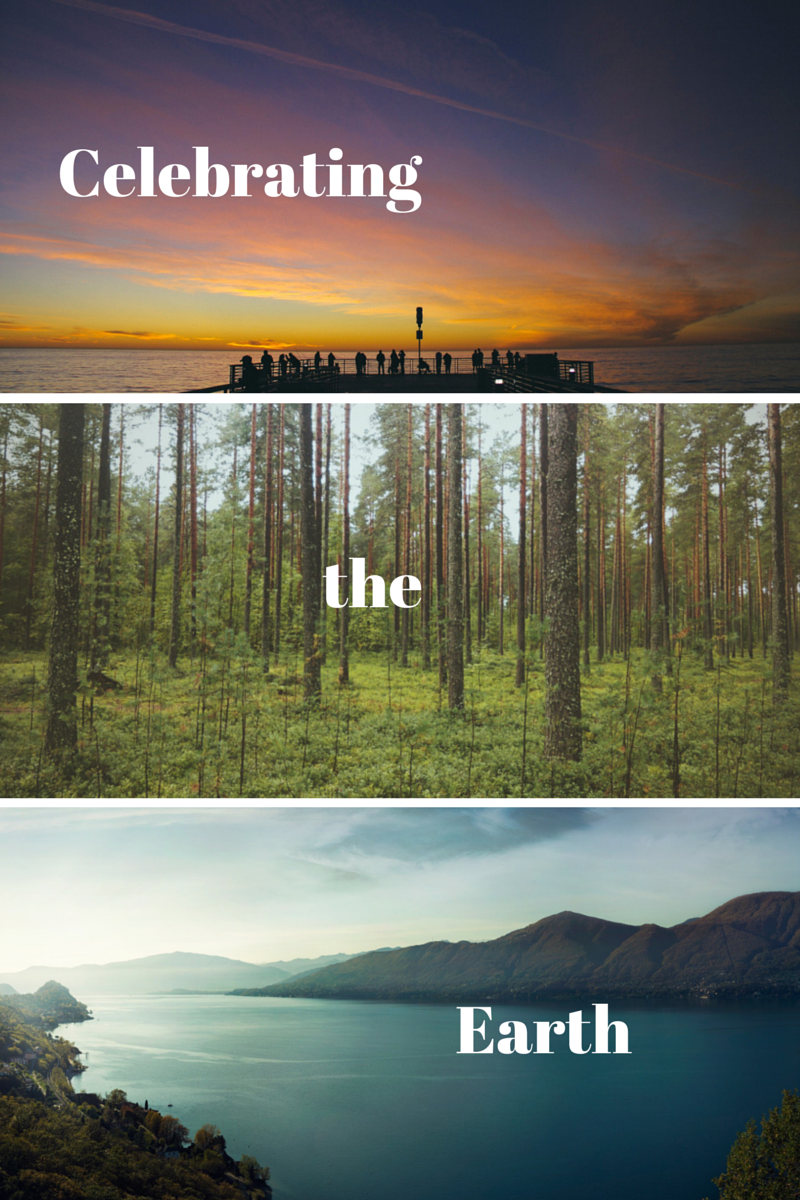 This week we celebrated the 45th Earth Day on April 22.  My own personal connection to Earth Day is that my sister was born on the very first Earth Day back in 1970 and my mother often bragged about giving birth on Earth Day in defiance to the strident zero population growth movement.

Certainly over the course of the last 45 days we can see both progress on environmental issues things like the creation of the Environmental Protection Agency, the Clean Water Act, Endangered Species Act, the Clean Air Act.  In many places our air and water are cleaner than they were in the 1970’s and many species have been protected and saved from extinction such as the Bald Eagle, the Florida Panther and the Grey Wolf.  On the other hand the earth has never been more in peril with CO2 levels reaching dangerous levels, rising sea levels due to the melting of the Arctic ice, contamination of drinking water due to fracking and agriculture run-off, the fact that at our current rates of consumption we live as though we have 1.5 planets instead of the one precious one we have and the only one that we know of that can support life as we know it.

As I was looking at resources for this sermon today, I came across a Fox news commentator that talked about how the earth has never been so abundant and so productive - for western civilization - as it is now. He spoke about all the natural oil being produced via Fracking, the offshore drilling that is creating an abundance of oil.  I really could not bring myself to finish the article because none of it was about a care for the earth, or stewardship of the earth but all about how the earth was producing to keep western civilization running.

Often those that deny climate change and even seek to ban the use of the words ‘climate change’, go hand in hand with those who are also Creationists - accepting a theological view that the earth was created in a mere 7 - 24 hour days at God’s spoken command and that we humans were given dominion over all the earth and its creatures.  Now please note that is only one of the two Creation stories found in Genesis.  The midrash we heard today is based on Genesis 1 in which there is no mention of the days or the time and humanity was made male and female at the same time.  They argue for a young earth denying the evidence that the earth is 4.5 billion years old. In fact in looking up at number - Google gave me the option of looking for “how old the earth is according to science” and “how old the earth is according to the Bible.”  Fundamentalists and young earth proponents have successfully put their viewpoint front and center with science in the public realm.  They are winning fights in our schools and in our children’s textbooks.  No wonder we see that either one is a person of faith meaning one rejects science and all evidence that contradicts a literal understanding of one’s sacred text or one is an atheist.  Not a great deal of middle ground is allowed for in this public debate.
Yet what if religion and faith and yes even those creation stories from Genesis could make a strong case for the protection of the earth?  What if those stories have a truth that calls for care, concern and stewardship and not dominion and exploitation? There are theologians, ethicists and religious leaders who are doing just that.

Our story today is a midrash - or a story about a story in the Bible. Judaism is rich in midrash - stories that help fill in, explain, lift up the stories in new ways and new understandings. One of the striking differences between the way Christians and Jews read the Hebrew bible.  Some Christian traditions do play more with the text using exegesis or translation rather than midrash as their frame  … some even look ‘underneath’ the stories to explore what is absent or de-emphasized in the original text. Many progressive theologians and scholars from Christian traditions expand and explain these stories making a strong case for our role to care for and live in harmony with the earth … this approach is called Ecotheology.  Theologians and scholars such as Walter Brueggemann, John Cobb, Michael Dowd, Sally McFague, Matthew Fox, Rosemary Radford Ruether and many in pulpits and institutions across the world - explain and explore these stories in depth. For Judaism while Torah is always the central, most important text, both the Talmud and midrash are important texts for understanding the Torah along with holidays, festivals and laws.  In addition, Jewish philosophers such as Abraham Heschel and Martin Buber have also contributed to the field of Ecotheology.

So this morning’s particular midrash is part of a collection of stories that I love.  In this telling of the Creation story, first it is not even God’s idea to create to begin with - it was a question from angels about whether or not God was going to clean up the mess.  The angels keep wanting it to be finished but it isn’t.  So in our story, God partners with humans to complete the world.  I love that in the story, at first God wants human beings just to do it and humanity says wait we can’t do it alone.  So God proposes that they be partners and rely on each other.

A core tenet of Judaism, one shared by Unitarian Universalism and by many Christian traditions is that human beings are part of on-going creation.  For Jews mitvah, a good deed, are actions that assist in the healing and wholeness of the entirety of the world and all its people - a central tenet of Judaism.  We share this commitment to the healing of the world, that it is up to us to make the world better, to bring healing.  We are partners with however we understand the holy, however we understand spirit or God to heal our earth and its people.

What if this understanding of the creation stories of Genesis could be used to argue for strong protection and action for the earth? Like I said many are and this is not a new idea. A quick search of Jewish teaching on the environment will bring up multiple links to sites using the stories in Genesis and throughout the Torah to care for the earth, for a commitment to protecting it.  Pope Francis is at work on an encyclical, the most authoritative statement a Pope can make, on the environment.  He took the name of Francis after St. Francis the patron saint of ecology and animals.  He has outraged conservative American Catholics with his emphasis on care and concern for creation. He has condemned environmental exploitation as a sin.  He said “A Christian who does not protect creation, who does not let it grow, is a Christian who does not care about the work of God; that work that was born from the love of God for us, and this is the first response to the first creation: protect creation, make it grow."

Science alone will not move people to make change, or to become inconvenienced.  All the time at Food Lion I hear people complain about the lack of plastic bags.  They really don’t want to hear about things like California instituting a .25 cent per bag fee at all stores.  People need a vision to have a personal stake in order to change.  Either they need to be made uncomfortable so they will change (the charging for bags) or have a vision of a better world for themselves or their children.  A re-telling, a new understanding of these creation stories can inspire people’s faith and a commitment to care and concern for the earth.

As I have said previously, a literal understanding of these texts means that much of their deeper meaning is lost.  These two texts in Genesis 1 and 2 have powerful truths contained in them such as creation is Good; rest, sabbath is the first mandate and it is good - for humans yes but for the divine and all creation as well; humanity is good; all parts of creation are good, in fact very good.  How can one claim that humanity is made in the image and likeness of God and then go and destroy creation? The stories tell us, just like the poem does that we are a part of creation, we are a part of the earth, not separate from it.

Caring for our creation, celebrating the earth is also about celebrating humanity and our unique role, place in creation. Not unique as in nothing else is unique, not unique as in “better than” but rather we have our part to play, we need all the parts including the human one.

So as we celebrate 45 years of Earth Day; 45 years of lifting awareness to a care and concern for this fragile planet we call home, let us turn to our sacred texts. As part of our commitment to conserving and healing the environment may Jewish and Christian scripture inspire us and others that this is holy work, this is the work of faith.  We are not alone in this.  This is a way we can join with Christians, Jews, Muslims and other faiths communities for a shared religious value that the earth is precious and holy and worthy of our protection.